Darsha Hewitt has spent the last year contemplating the aesthetic and innovative potential of bringing back the Wurlitzer Side Man 5000—the oldest commercial drum machine in the world. Created in 1959 and weighing 38 kg, it is also the world’s heaviest portable electronic music instrument, able to produce an infinite number of strange rhythms akin to ballroom music in various tempos conducive to dancing. Darsha exhibits this fascinating machine and presents tutorial videos explaining how it works.

Meanwhile, Nelly-Ève Rajotte offers a lush and immersive outdoor multi-projection project that exposes the complex and unique workings of the Wurlitzer Side Man 5000, accompanied by a composition of sound bites produced by this instrument. 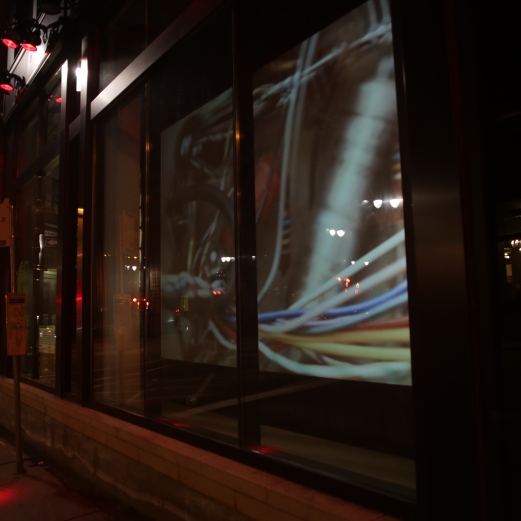 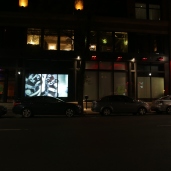 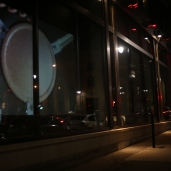 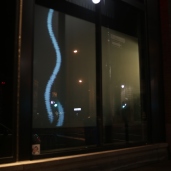 Humans at the Heart of Technology

The NFB, the Quartier des spectacles Partnership and MUTEK have joined forces to produce and present Common Space? an interactive tour of 8 works in 8 public spaces in Montreal’s Quartier des spectacles from October 1 to 18. The result of a creative process exploring humanity at the heart of technology, Common Space? combines the talents of 13 artists from 7 countries. Montreal is the first leg of this international journey.

Common Space? is part of the much larger Human Futures: Shared Memories and Visions project, which was made possible through the support of the EU’s Culture Programme in the form of eight artist residencies hosted by one of the partners. Exchanges and sharing are values inherent in the philosophy behind the Human Futures project, which aims to initiate dialogue among cities internationally: artists draw inspiration from and build relationships with a new environment as they dialogue with its citizens and learn about their concerns. From the exchanges that take place in the various host cities, unique works are born and adapted to inhabit each new location on the tour.

Through their interventions, the artists collaborating in the Human Futures project suggest the following food for thought: because technology has the ability to re-contextualize our perception of the environment, rather than remaining a set of imposed structures, it is a malleable entity that can be modified through design and creation.

The overall project is the fruit of an international collaboration between several cultural partners based respectively in Liverpool (UK), Aarhus (Denmark), Berlin (Germany), Vienna (Austria) and Montreal (Canada). These organizations commission the production of new public art creations that citizens are invited to take part in. Common Space?is the first component of this large collaboration. Following Montreal, the artists head to Liverpool to continue the vast Human Futures project.